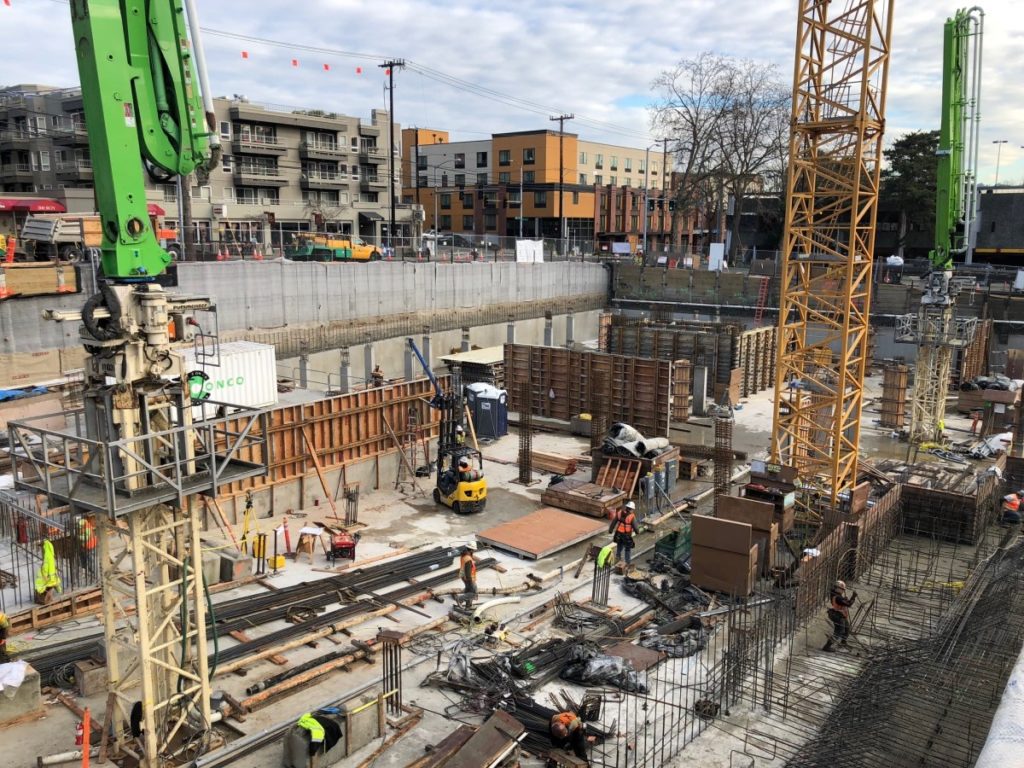 The second concrete pour for the P2 garage level floor at the NW corner of the site was completed last Saturday, January 12th.  The pour was a success and the concrete will continue to cure (or set) until it reaches its maximum strength.  Two pours down and one to go!

The construction team is now finishing up the second layer of steel reinforcement that’s needed for the third and final concrete pour at the SE corner of the site which will complete the P2 garage level floor.  They’re also installing the steel reinforcements that are needed for the garage walls and columns that will provide the structural base for the P1 garage level floor.  Once the steel reinforcements are installed, the vertical concrete walls and columns will be cast by using a nozzle rather than the typical pour method that’s used for the horizontal flooring.   The construction team will begin setting the P1 deck this week. Work on the SCL utility conduits and the building’s permanent power connection along Roy St. has been on-going throughout the week.