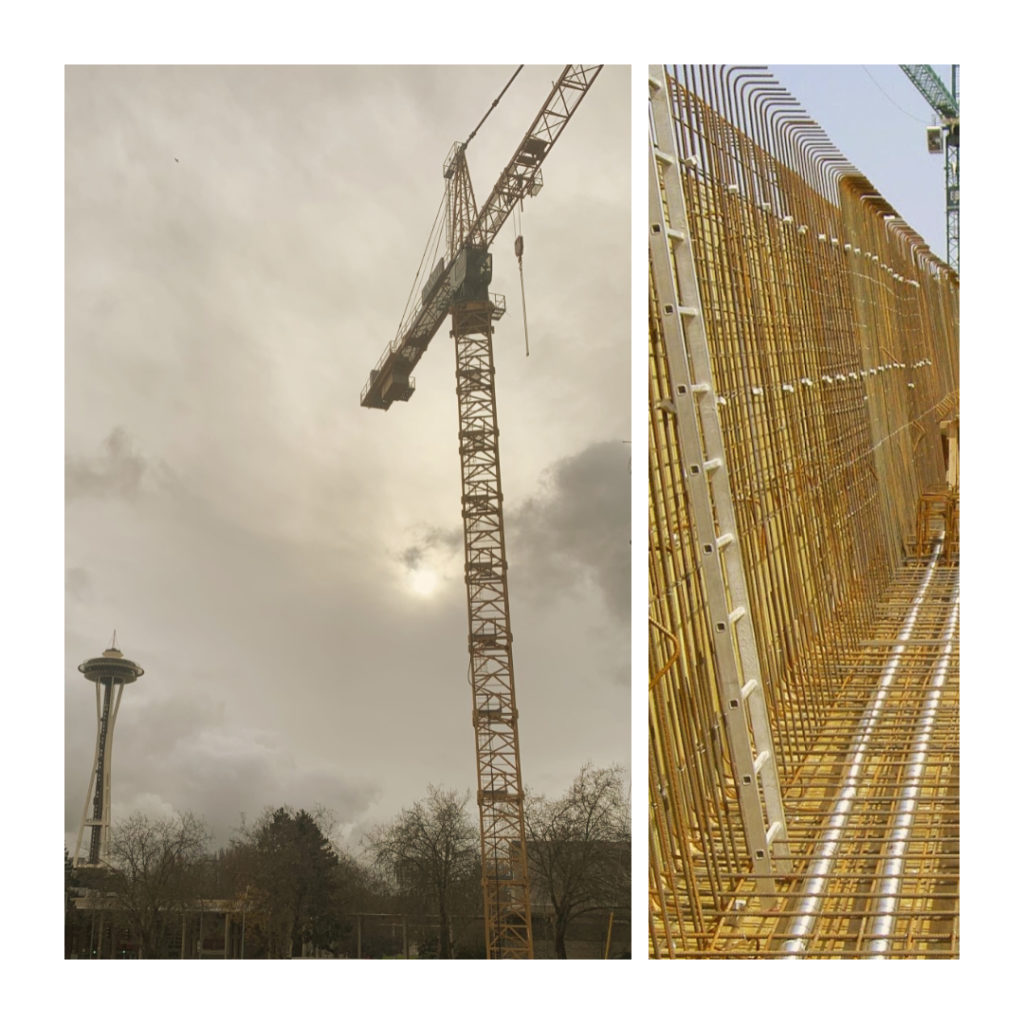 The large tower crane along Roy St. was erected last week which allows the contractor to move large, heavy objects around the site such as steel and large pipes.

Now that excavation and export of all the soil has been completed, the contractor is preparing the bottom of the hole for the first concrete pour.  This includes the following steps:

This week the rebar for the first elevator bank was installed. The second elevator bank is being prepared for rebar installation this week.

Waterproofing and rebar installation will take most of December, with the first concrete pour scheduled for the first Saturday in January.  The concrete pours were delayed and rescheduled so as not to interfere with Seattle Center holiday event traffic, such as the Nutcracker.  In order to be efficient and avoid impacting Seattle Center events, there will be three large concrete pours in January, scheduled for the first 3 Saturdays of the month.  We will communicate more on what this will look like as we get closer to the date, but expect 3rd Avenue to be closed all day these 3 Saturdays.